When I got home today, Melly was displeased that she was not receiving my undivided attention. She was appeased by Geoff for a while, but wanted down fairly quickly. 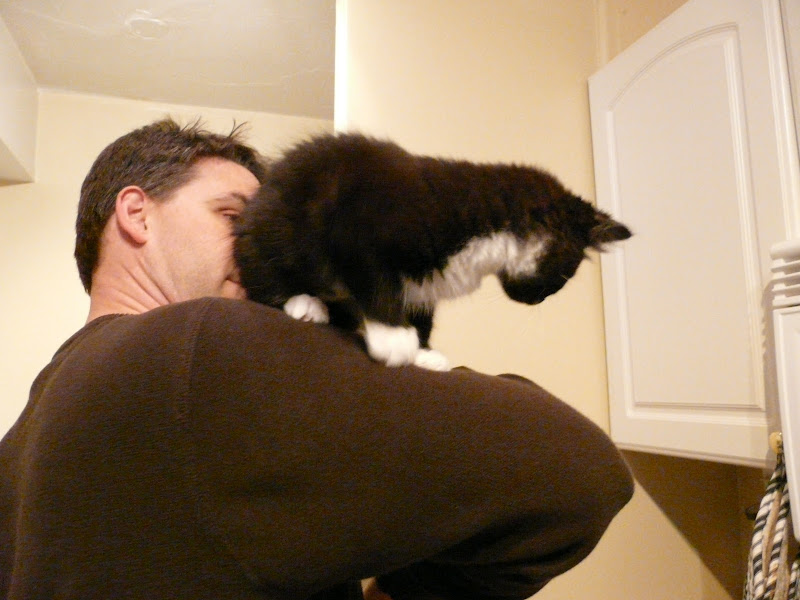 She followed me around attacking the broom while I swept the floor, then stood next to me meowing as loudly as she could while I washed dishes. (Her meow, by the way, sounds like one of those exaggeratedly squeaky doors you see in cheesy horror movies. It's a little hard to take seriously.) Since she had food in her bowl, her litter was freshly scooped, and she wasn't hurt, I figured she just wanted attention. I wasn't quick enough in giving in to her demands, so she climbed on the back of the kitchen chair nearest the counter and attempted to leap to the counter. She didn't quite make it that far and ended up a bit stuck. 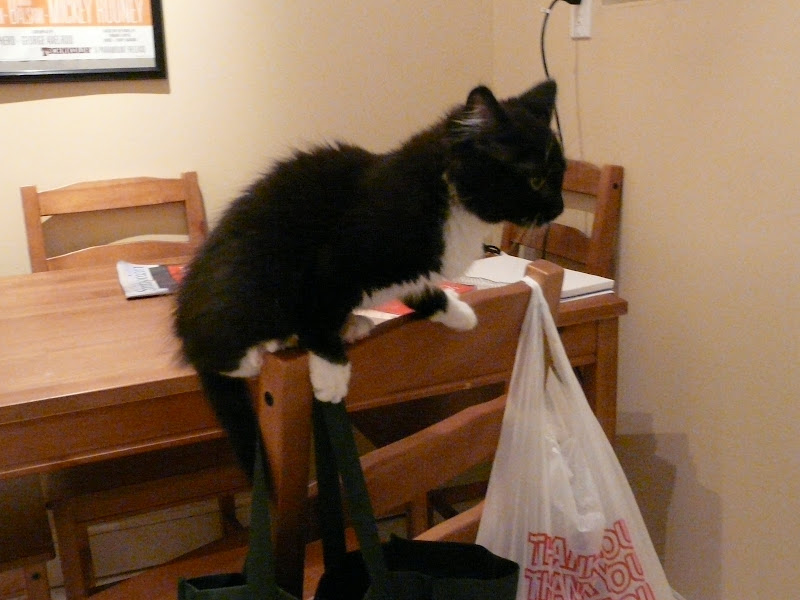 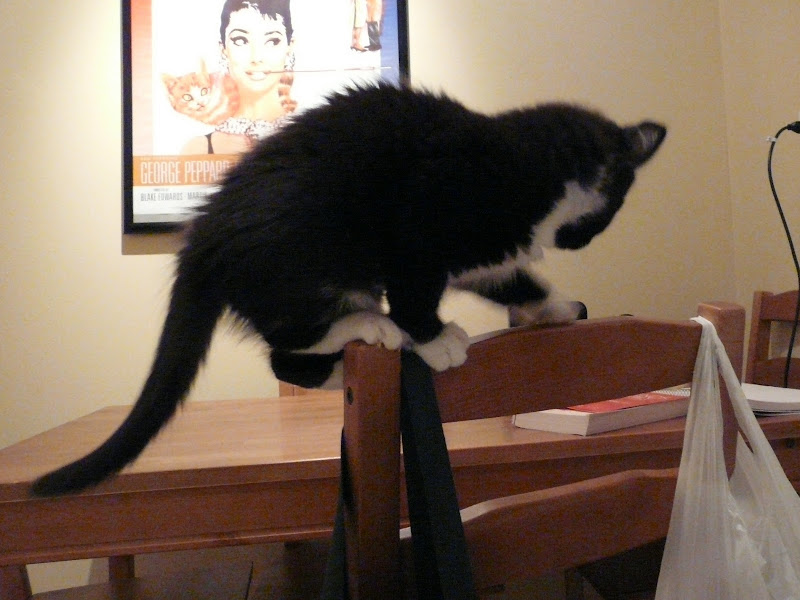 On her way down, she discovered the delightful crinkliness of the plastic bag on the chair, and proceeded to gnaw on it and attack it for about fifteen minutes. She wore herself right out and is now sleeping on the couch next to me. Now if only she'd sleep at night. :)
Posted by The Adventures of Scarlett and Melly at 7:07 PM

When she does sleep at night is it under your covers? She was quite insistent about that during her stay with me.

I was happy to oblige.

*laugh* Cuddling attention seeking kitties is the best, tho! Well, unless they are walking on your magazine as you try to read. ; )

UNDER the covers, Sue? Wow.

My cat is nearly 9 and will still come into my office/study, sit very politely in the middle of the room while I am on the computer, and then let out the most pathetic meow as a ploy for attention. (And he already gets a LOT of attention.)

One of these days I am going to leave my camcorder on when I leave because I am pretty sure he practices his "pathetic" meow when I am gone.

Well, OF COURSE under the covers! Sometimes there are as many as three under there. And those are my big ones!

Of course, I suppose if there were another human involved it might be different..