Remember Linus, the kitty with the unbelievably huge eyes who looks like something out of Puss in Boots?  Well, I have met him and seen his adorableness in person. He was a little shy at first, but warmed up quickly after I gave him some treats. He is teeny, maybe about half Melly's size, and has a very quiet and polite mew.

I took these pictures of Linus while he was sitting in the front window, keeping an eye on the neighborhood. Note his adorable paw floof. 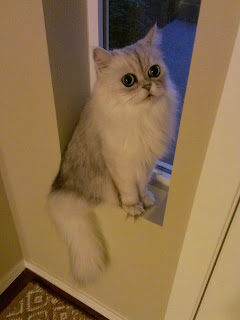 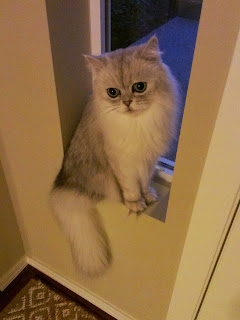 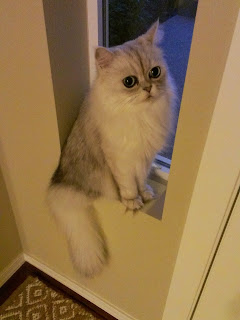 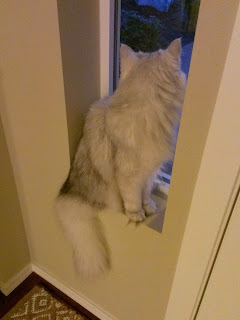 Posted by The Adventures of Scarlett and Melly at 5:00 AM

He is just charming! Love the major toe floor! How old is he?

Linus is so cute, he looks like a Disney character!

Oh my goodness.. Linus is spectacular!!

Love the toe floof! Linus looks like he is part Chinchilla :)