In Memory of Scarlett

It is difficult to look back over the fourteen years I had with Scarlett and pick out the important details. I was still a teenager, living on my own for the first time, when I got her, and our fourteen years together were the most formative of my life.
I moved to Seattle from New York in 2006, and after finding a temp job and crummy studio apartment, I immediately began combing Petfinder and Craigslist for a kitten. He was to be all gray, and I was going to name him Mojito. During my search for Mojito, I came across a listing on Craigslist for an adult female cat whose family was moving and had to give her up. There were no photos and few details, but something prompted me to email the owner. She sent back a couple of photos, and a few days later, Lonestar--renamed Scarlett--came to live with me. 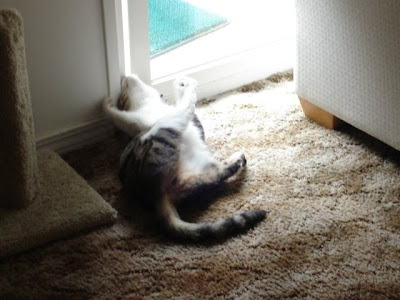 I had never lived on my own before, and I really didn't know how to take care of myself, let alone a cat. Scarlett and I had our share of adventures, including unfortunate incidents when Scarlett went into heat, and when she had fleas--only discovered when a visiting friend ended up covered in bites. She was an indoor/outdoor cat back then, but would always come home when I called her, inevitably a little dirty, and often with tufts of other cats' hair stuck in her claws. 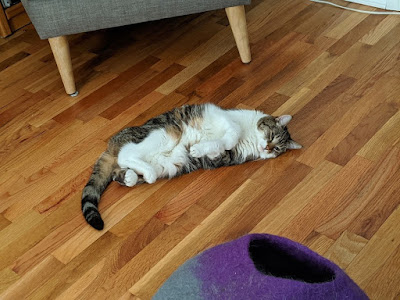 I have dealt with depression for most of my life, and having to take care of Scarlett gave me much-needed meaning and purpose when I was foundering in my early-mid twenties. Scarlett would snuggle me relentlessly during my episodes, and would grip my finger or my arm with her little paw and hold on tight. 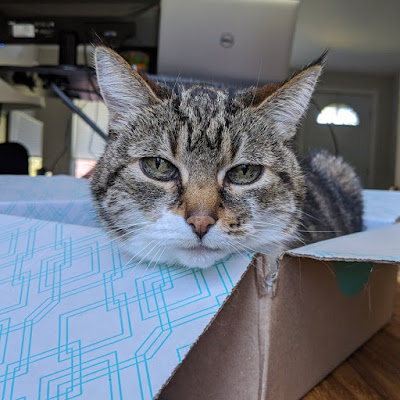 Scarlett retained a gleefully kitten-like demeanor until almost the very end. She killed socks by flinging them up into the air repeatedly, howling loudly to announce her kill until I told her what a good job she'd done. She chased springs and crinkle balls and pom poms, building stashes under every piece of furniture. She fiercely defended our house against the neighborhood outdoor cats by screaming like a banshee through the window.
In the latter part of her life, Scarlett had been coping with various age-related chronic ailments, but it became clear in August 2020 that something more serious was wrong. It turned out to be lymphoma, and was already fairly advanced by the time it was diagnosed. My husband, Josh, and I made the wrenching decision to let Scarlett have one amazing week of adventures, treats, and snuggles, and then to let her go. (You can read more about that week here.) 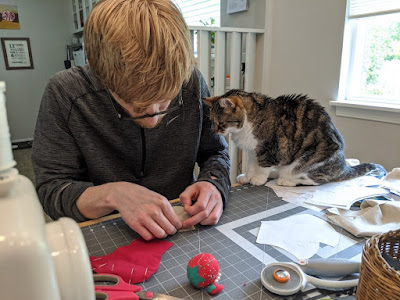 Scarlett was with me every step of the way as I figured out how to become a (more or less) functional adult human. I defined myself, in part, as her person. I am writing this on the afternoon we lost her, and the idea of moving forward without Scarlett by my side is acutely painful. 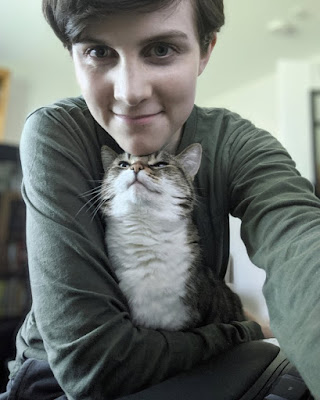